Office of the Chief

Interim Chief James L. Runge was sworn in on May 3rd, 2021, after Chief Andrew Smith retired, from 5 years of service to the City of Green Bay. 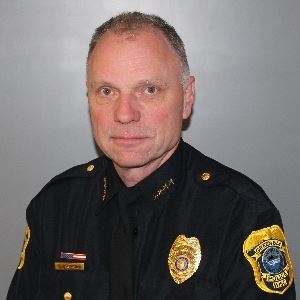 As a nationwide search begins for Chief Andrew Smiths replacement, Chief Runge will assist with the day to day operations of the agency, eventually handing over the responsibilities once a new chief is selected by the police and fire commission.

Chief Runge has been involved with community engagements, including working with the homeless, sex offender releases and also oversaw numerous large scale investigations.